The state of Arizona has more than 43,000 registered medical marijuana users. Among those users, an estimated 3 tons of medical pot was sold from state dispensaries in 2013. This is a remarkable number, especially considering many dispensaries didn’t open their doors in the state until later in the year. With even more sales likely in 2014, the revenue from medical marijuana could provide some within the state the push needed to support legalized recreational pot, though we are still likely several years away from that.

According to the Arizona Daily Star, there are currently 71 registered dispensaries in the state. Users are allowed to purchase marijuana in these shops at a rate of up to 2.5 ounces every two weeks. But until recently, many card holders were also able to grow their medicine at home.

The medical marijuana laws in the state are such that you can grow your pot if you are not within 25 miles of a dispensary. As new dispensaries opened their doors over the course of 2013, fewer patients qualified for growing and more turned to the legal pot shops for their herb. In 2014, this is only expected to grow. 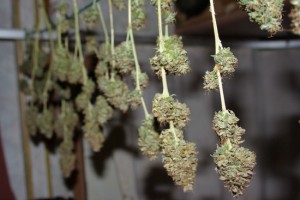 Turning a successful medical marijuana program into fodder for recreational marijuana legalization is a difficult road, however. Just because the system is generating revenue isn’t necessarily enough to sway people otherwise opposed to pot legalization.

Surveys on just how many Arizonans support legalization have had varying results. The most recent, from Susquehanna Polling and Research, says 60% of those surveyed oppose legalization and only 36% support it. This is in contrast to a poll last May from the Behavior Research Center that found 56% of survey respondents supported ending pot prohibition. A third poll, from Public Policy Polling similarly found 60% support legalization.

Admittedly, the Susquehanna Polling and Research organization is an arm of conservative Republican political candidates—they admit it on their website.

One of the biggest concerns in launching a medical marijuana system is keeping the pot in the hands of the patients. For more conservative politicians and voters, the thought of the medical system being used for recreation is a sign that recreational pot may not be manageable. Already, however, it’s believed a mix of medical and recreational users are getting access to the legal pot.

“There’s obviously recreational patients within the system,” said State Health Director Will Humble. “And there always will be. My main goal is to keep it as medical as possible and to minimize the community problems that can result from a recreational program.”

If Humble is successful and the medical pot program continues to generate money without causing mayhem on the streets (a la Reefer Madness), it could set us up for a climate where recreational marijuana is in reach, and criminal arrests for simple marijuana possession could be a thing of the past. But for now, only time will tell.