There have been two reported cases of krokodil in Arizona. This drug, which originated in Russia, has people frightened of the potential drug-addicted zombies that may be roaming our streets in the near future. Experts, however, are urging caution as the current cases have not been confirmed. 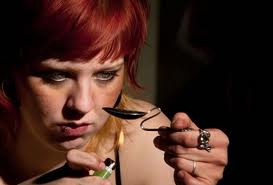 “We’ve had two cases this past week that have occurred in Arizona,” said Dr. Frank LoVecchio of the Banner’s Poison Control Center, according to RT.com. “As far as I know, these are the first cases in the United States that are reported. So we are extremely frightened.”

As a matter of fact, two other states have previously reported the presence of the drug known as krokodil (crocodile). Both reports in Alabama and Arkansas were never confirmed, according to the DEA.

Officials with Arizona poison control, however, say that the emergence of a new drug is usually first identified by physicians, as it has been in the two Arizona cases over the past few months.

The fear surrounding this drug is because of its supposed effects. It’s said to cause the flesh to rot, creating green, scaly sores resembling that of a reptile. In worst case scenarios, the flesh is eaten away all the way to the bone. Infections like gangrene and amputations are common, as is organ failure and death.

Perhaps most frightening, they say, is that it can be made with common household items—codeine paired with iodine, paint thinner, hydrochloric acid, gasoline, and lighter fluid. It’s cheap and creates a high more dramatic than that of heroin.

It is an intravenous drug, meaning the high is achieved by injecting it, and is very addictive. Apparently, life expectancy after beginning use doesn’t exceed two to three years.

If krokodil is here and if people begin taking it, we may have something to worry about. As with other emerging drugs, the state could craft laws specifically designed to penalize users and those who supply them. But, because the drug is made from benign household products it would be difficult to craft legislation to fit the formula.

If you are charged with drug possession, we may be able to help. Contact our offices today to discuss your case and the legal options available to you.