Between 2008 and 2011, emergency rooms across the state of Arizona saw an 86% increase in admissions related to prescription painkiller abuse. Between 2006 and 2010, the number of deaths involving these drugs jumped more than 50%. In other words, this isn’t only a problem of violating Arizona’s prescription drug laws, but it is a public health problem.

These numbers first alerted officials to the problem, so they began implementing practices to reduce the risk of abuse, addiction, and overdose.

A comprehensive prevention program has experienced success thus far in Yavapai, Pinal, Graham, and Greenlee Counties, according to The Republic, and officials are hoping to spread the success across the state. 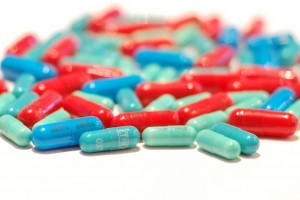 Among other things, the effort has put together some agencies and professionals who otherwise may not have teamed up. Pharmacists, prosecutors, doctors, educators, and police officers are working together to determine how best to reduce the risk of addiction and stop prescription drug abuse.

Just one way they are doing this is through the use of a prescription database, that tracks who receives the addictive painkillers, how much they receive, and when. While not everyone is onboard with the database, the hope is that more doctors and pharmacists will begin using it to reduce the phenomena of “doctor shopping”.

Prescription drug addiction is very serious and one admitted problem with the “comprehensive” program being implemented is that there aren’t enough treatment options. If the counties hope to have ultimate success, they need to have options available for the people who are addicted to these drugs.

Their focus now is in limiting access to prescription drugs. This will have several effects, one of which being a strengthening of the black market. If addicts are unable to get their pills from their own doctor, they will seek out others who may be able to supply them at a higher cost. And as we’ve seen across the country, when the black market prices of these drugs get too high, they may turn to the cheaper, stronger alternative—heroin.

If you are arrested and charged with a drug offense, it may be your opportunity to get help. You have legal options and we may be able to assist you in avoiding jail time and getting into treatment instead. Contact our offices today to discuss your case.