If the police have “their guy” and are questioning him on the crime he is accused of, you would think it would benefit all parties to record the conversation. Instead, in many police departments across the country, there is no recording, and the documentation of what was said is left to what is included in the police report and any signed statements from the defendant. This isn’t how it should be. And a recent piece at AZCentral.com offers some pretty convincing reasons why.

The editorial is written by Laura H. Nirider, the co-director of the Center of Wrongful Convictions of Youth at Northwestern University School of Law in Chicago. In it she states the obvious, that the undocumented, potentially hours-long grillings of criminal suspects is a wrongful conviction waiting to happen.

She offers the case of Debra Milke as an example. Milke was convicted in 1990 for soliciting the murder of her four-year old son. The only evidence against her was a detective’s claim that she had confessed. Milke denied confessing and there was no recording to prove it. Her conviction was eventually overturned but only after she spent years on Arizona’s death row.

“Even setting aside the possibility of police misconduct, there are plenty of other reasons for police to record interrogations,” explains Nirider. “For one, it protects police from baseless claims of misconduct.”

If misconduct doesn’t happen behind closed doors, a recording would eliminate the accusations or at least offer convincing evidence against them. 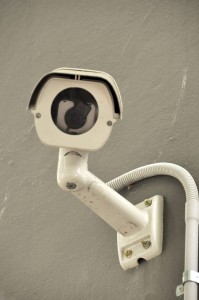 In addition, it can aid in interrogations. One officer explains in Nirider’s article that recording questionings helps him do his job more effectively.  “In addition to the detective not having the distractions of note-taking, the absence of notes frequently makes the subject more at ease and does not alert him/her to key phrases, which may be of special interest at a later time,” explained the unnamed Gilbert police officer.

When you are accused of a crime and are interrogated by police, it could be your word versus theirs. But, you could also demand an attorney, ensuring someone is there to hear the entire thing and to help you get the best outcome possible.

If you are accused of a crime and are facing charges, contact my offices today to discuss your legal options and how we can help.