April 2104 Update: Sanity prevails, and this decision was overturned.

You would think to be arrested and charged with driving under the influence (DUI), you would have to be under the influence of something, feeling its effects. Not so says an Arizona Court of Appeals who ruled last week that simply having marijuana’s active components in your body is enough for a conviction. And because THC (the active component in marijuana) stays present in the body for months, a toke last month could get you a DUI charge tonight.

In Arizona v. Shilgevorkyan, the court overturned a superior court ruling that basically said you can’t prosecute people for DUI if they are not under the influence. It would seem an obvious statement. But, for whatever reason, the appeals court judges decided any marijuana in the bloodstream was enough for the charge. 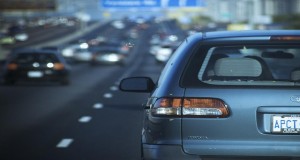 A little science is in order for the sheer stupidity of this ruling to make sense. There are two forms of THC that are present after smoking marijuana. Hydroxy-THC is what causes impairment and makes you high. It doesn’t last as long in the body. Carboxy-THC, however, is an inactive metabolite—it doesn’t make you feel a thing—and it stays in the body for months.

As reported by AllVoices.com,

The appeals court also cited its own rulings in earlier challenges to Arizona’s DUI laws. “The legislature intended to create a ‘per se prohibition’ and a ‘flat ban on driving with any proscribed drug in one’s system,” the court said. “We determined that the legislative ban extends to all substances, whether capable of causing impairment or not.”

What does this mean for medical marijuana users? That remains to be seen. If the law allows you to smoke marijuana, you will likely have evidence of that marijuana in your body, whether you are high or not. Essentially, the appeals court ruling says that whether you are registered to use pot or if you are an (illegal) recreational pot smoker, you should probably stay off the road. Period. Indefinitely.

The ruling will be appealed to the state supreme court, so we will have to wait and see how the justices see the law and its original intent. One can only hope that they’ve studied common sense and the English language in addition to law. Because determining you don’t have to be under the influence for a charge of marijuana DUI in Arizona  isn’t only an error in grammar, it’s an obvious example of the government’s hell-bent attempt to criminalize as much as possible.

If you are charged with a marijuana offense in Arizona–whether it’s possession, distribution, or driving under the influence—we may be able to help. Contact our offices today to discuss your case and the options available to you.