While lawmakers in Arizona believe Arizona voters should have a chance to “rethink” the medical pot laws they voted in a few years ago, one recent poll indicates that the voters are happy with where things stands and may even support a future measure to legalize marijuana use altogether.

The National Cannabis Industry Association surveyed voters in the state and found that 59 percent support or strongly support the current medical marijuana law. Thirty-three percent strongly oppose it while four percent oppose it but don’t feel strongly about it. 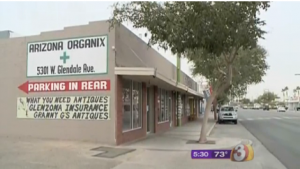 This is good timing, as lawmaker Rep. John Kavanagh recently filed a bill that would send the medical marijuana legislation back before the voters. Apparently Kavanagh thinks Arizona voters may vote differently this time. According to the Arizona Republic, voters “deserve the right to rethink” whether they did the right thing in approving the law.

It isn’t clear what Rep. Kavanagh will do if voters pass it again—perhaps another reconsideration on the ballot?

His bill would place medical marijuana before the voters in 2014. It would require the Legislature’s approval is passed by voters, but not the signature of Governor Jan Brewer.

The same poll that found Arizonans are quite okay with the medical pot law as it stands found that many would like to see the state go the way of Washington and Colorado—legalizing marijuana for recreational use.

Fifty-nine percent of respondents said they would vote yes on an initiative to regulate marijuana like alcohol. Another 53 percent said marijuana should be legal for all adults. Forty-four percent said it should not be legalized.

“Lawmakers are working against the will of the voters when they attempt to obstruct the implementation of Prop. 203,” said Betty Aldworth of the National Cannabis Industry Association.

Aldworth says she believes Arizona will see a legalization effort on the ballot in coming years. “It’s quite apparent that across the nation, we’re seeing people… recognize that when you take marijuana off the streets and put it behind a counter, you are creating jobs, generating tax revenue, and providing a safer space for people to purchase a product they are going to purchase anyways, instead of empowering criminals.”

In the meantime, marijuana is illegal in Arizona unless you are a registered medical marijuana patient, and even then there are restrictions. If you are arrested on a marijuana charge, contact our offices today to discuss your rights and legal options.